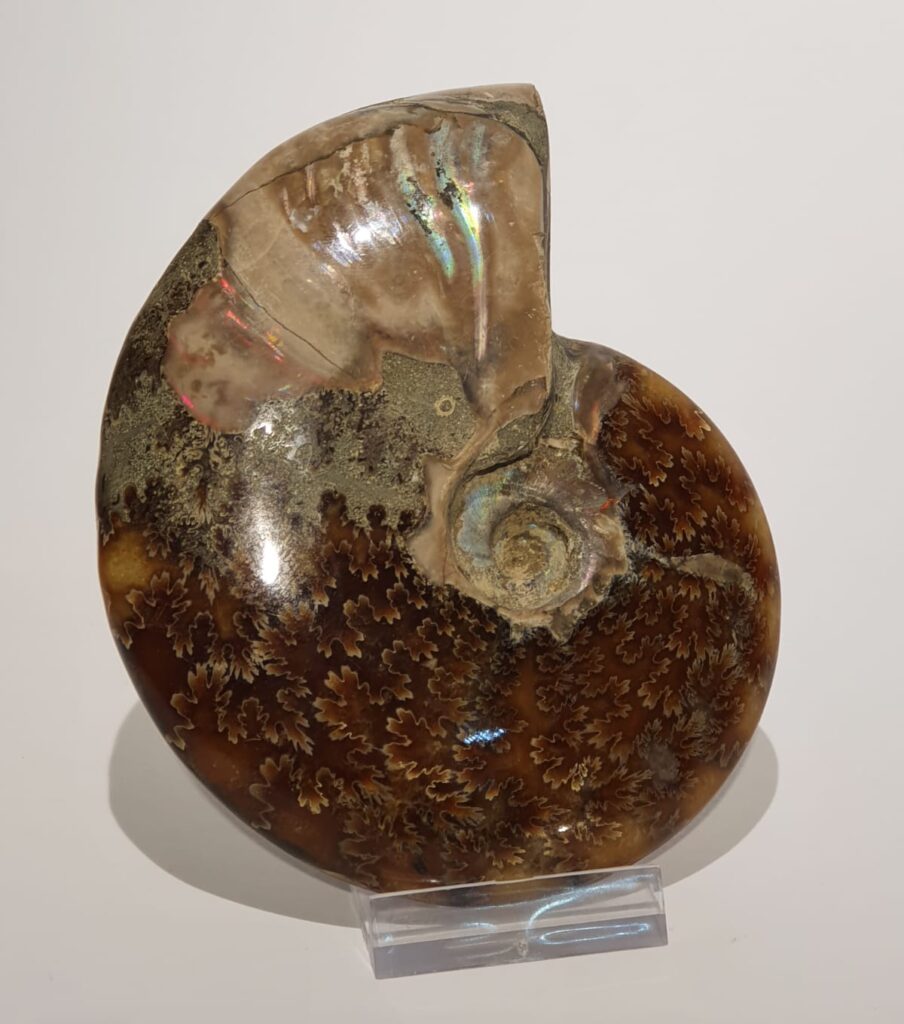 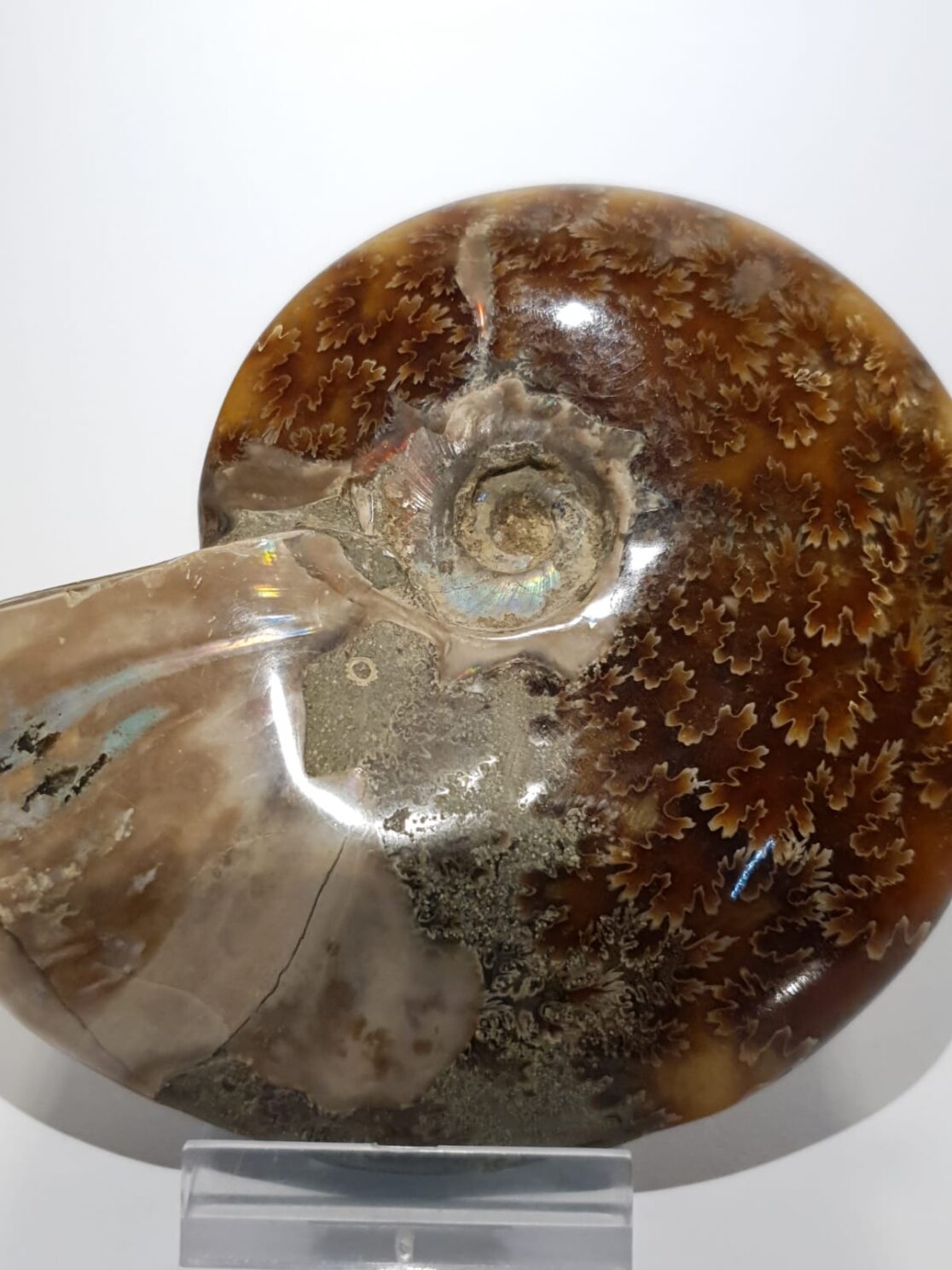 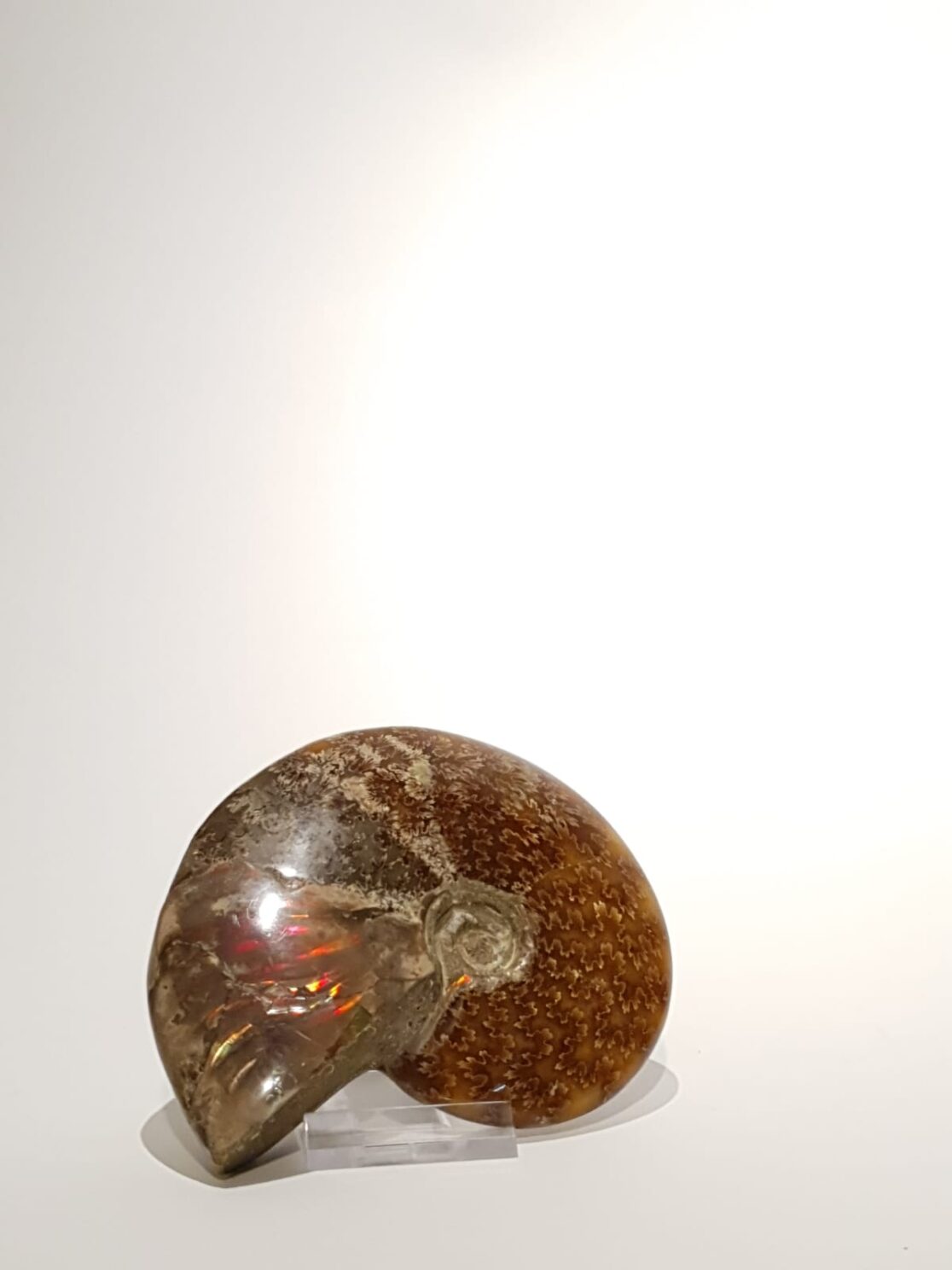 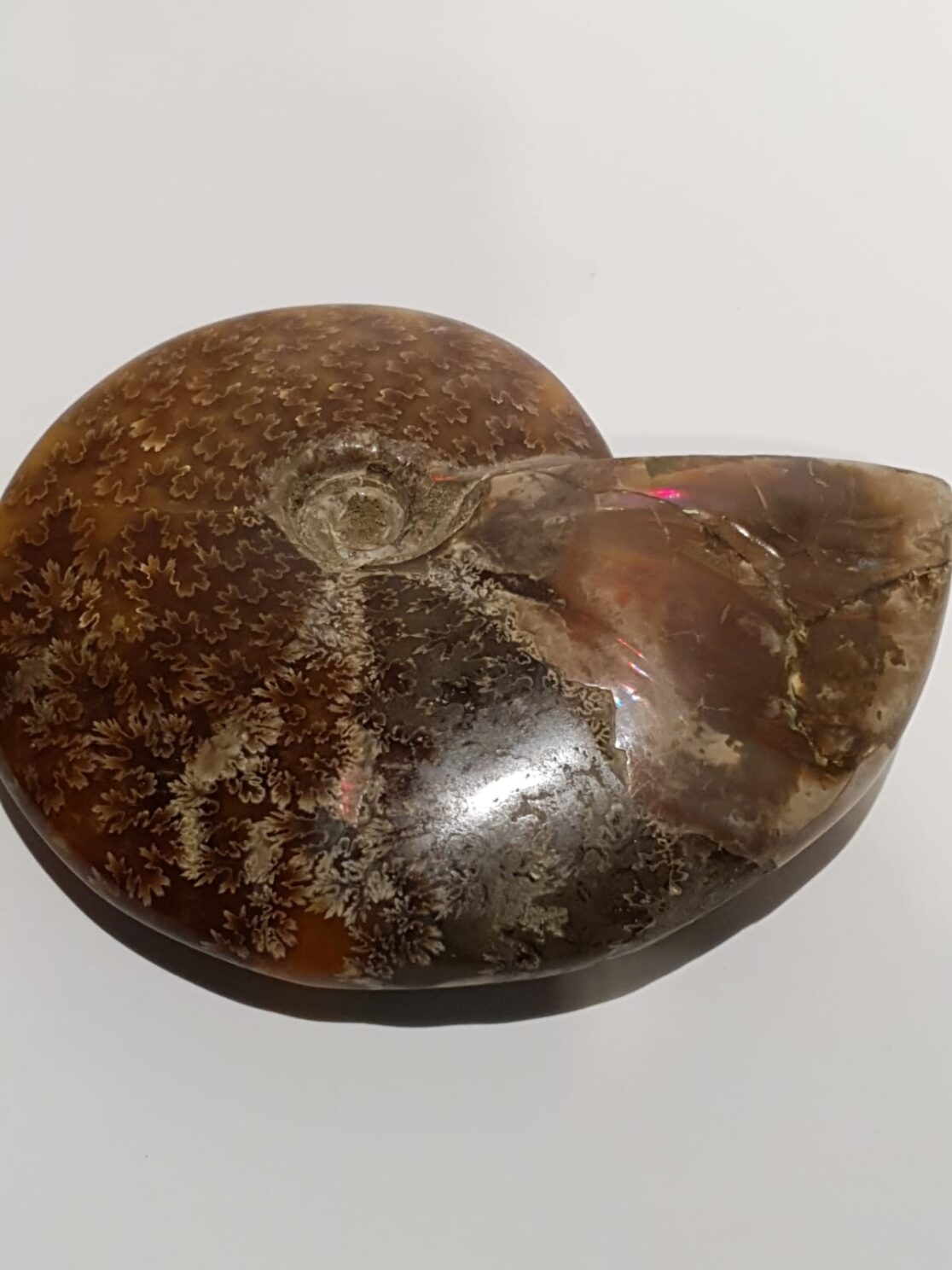 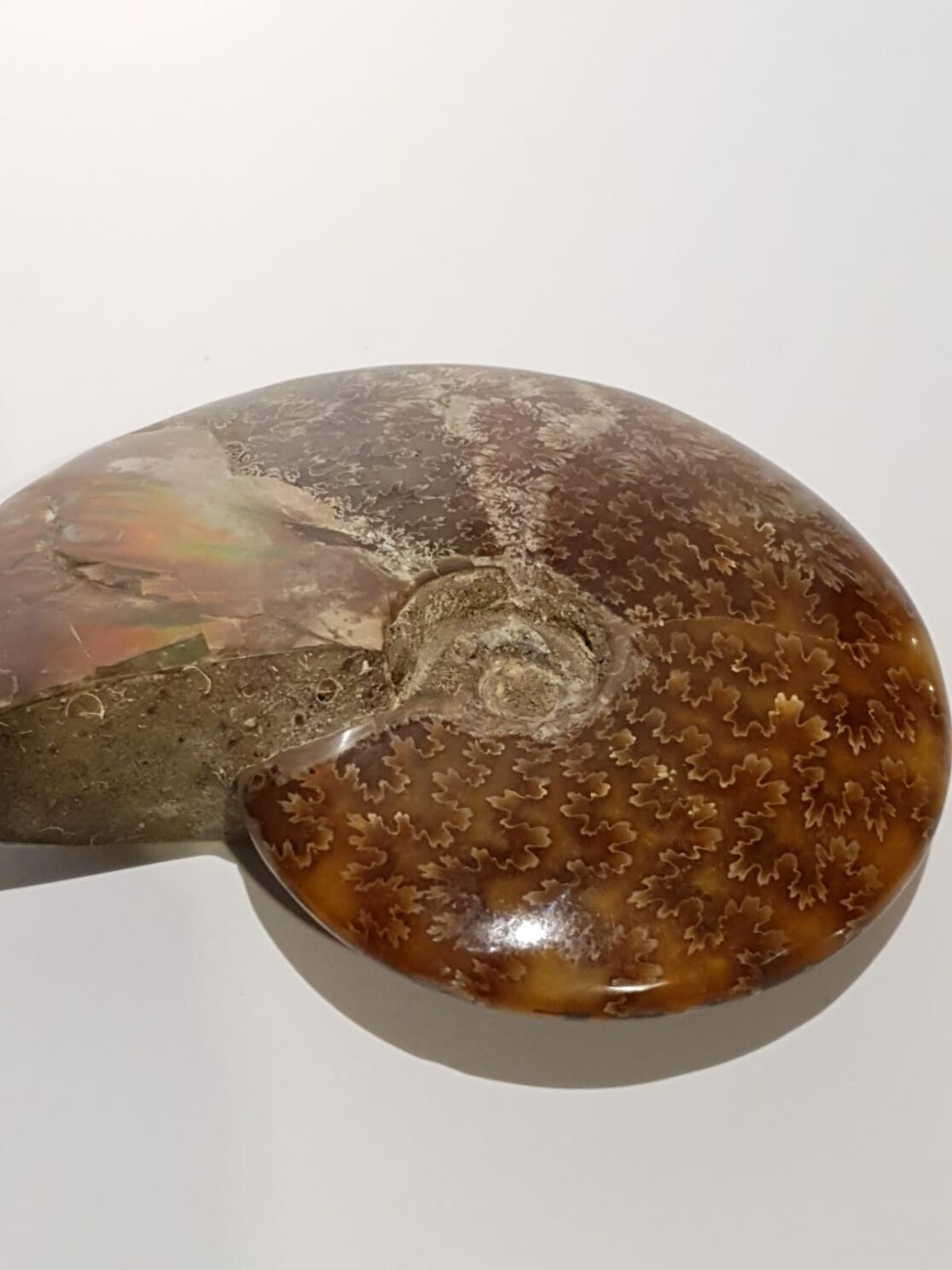 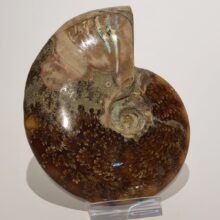 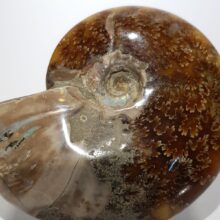 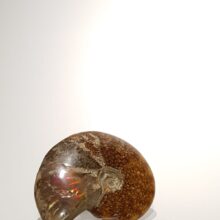 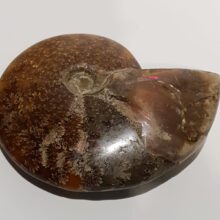 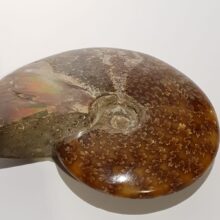 One of a kind, opalized ammonite fossil.

Now extinct, the ammonite mollusc was a shelled cephalopod, usually appearing in a coiled, spiral shape. The extinction of ammonites coincided with the extinction of dinosaurs. Ammonites inhabited the world’s oceans and now appear as fossils in marine rocks. Because of their rapid evolution and wide distribution, ammonite fossils provide a useful tool for indexing and dating rocks. It is said that the original discus used by the ancient Greeks in their Olympics was in fact a fossilised ammonite. In India, ammonite fossils are identified with the god Vishnu and are used in various ceremonies; mostly collected in Nepal, from the bed of the River Gandaki where it cuts through Jurassic sediments. These fossils are known as “shaligram shila”. The word ammonite is derived from Ammon, an Egyptian god who took the form of a ram, as ammonites are similar in appearance to a ram’s horn.

There are no reviews yet.

Be the first to review “Ammonite Fossil” Cancel reply